Call for chapter contributions to  "A global history of copper"

Hans Otto Frøland and Robrecht Declercq have just anounced a Call for contributions to their planned edited volume, provisionally titled "A global history of copper" (see below)

Frøland and Declercq welcome abstracts (maximum 400 words) by 22th April, to hans.otto.froland@ntnu.nu and Robrecht.Declercq@Ugent.be. Selected contributors will be invited to a workshop at the NTNU in Trondheim (normally held in the week between 12/08 and 16/08, exact dates TBD). 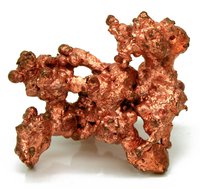 Call for Chapter Proposals "A global history of copper"

Copper has played a large role in human history. Being the first metal for making tools and equipment, the red-brown, malleable metal has made a mass-appearance in the modern world because of its high electrical and thermal conductivity. Throughout the 19th and 20the centuries, industries increasingly made use of copper for electronics and machinery, construction and infrastructure. This triggered a demand for copper that never ceased to grow. Between 1870 and 1938 alone, the production of copper rose 24-fold, which had a profound impact on communities, economies and ecologies across the globe. The rise of copper consumption is a process that is far from over. New technologies in producing renewable, sustainable energy and electric-powered transportation will only further increase the use of copper.

The demand for copper generated its own spaces and waves of globalization, creating long-lasting ties of dependency. While large-scale production was first largely concentrated on the mining frontiers in the US, the growing need for copper generated imperial expansion in central Africa, and constituted the foundation of informal empire in South America. Such global expansion went along with new technologies like open-pit mining and metallurgical innovations, which yielded enormous production gains but drastically reshaped local communities, landscapes and ecologies. In turn, the overheads of new technologies and remote production spawned the growth of large-scale, notorious copper companies large enough in scale to support productive expansion. The red metal also sparked bitter controversies over access and market organization, ranging from conspiracies in the highest financial echelons to the formation of business cartels that aimed to limit production. After World War II, copper formed the theatre of postcolonial attempts to reclaim sovereignty over copper sources and revenues, by nationalizing production and forging intergovernmental cooperation.

While the importance of copper for the modern industrial world and global economic development is undisputed, and in spite of growing scholarly interests in the history of copper and other natural resources, a broader overview and synthesis of the historical conditions and circumstances under which copper was extracted, traded and consumed remains up until now absent. The attempt of the edited volume is to draw together research and perspectives on the history of copper from a global perspective, focusing on the political economy, business history, and market organizations, as well as social and ecological implications of copper extraction, in order to better understand how, why, and under what conditions copper became an essential metal of the modern world. The book will therefore have attention for the way in which production, consumption and trade in copper was organized across time and space, reflecting different historical epochs like (informal) imperialism, globalization, and liberalized commodity markets. We encourage in particular chapters that are based on a transnational and/or comparative perspective, allowing the improvement of synthesized knowledge on the history of the red metal. Lastly, in terms of periodization, the book volume is chiefly focused on the use and extraction of copper in modern history, 19th century until now.

We welcome abstracts (maximum 400 words) by 22th April, to hans.otto.froland@ntnu.nu and Robrecht.Declercq@Ugent.be. Selected contributors will be invited to a workshop at the NTNU in Trondheim (normally held in the week between 12/08 and 16/08, exact dates TBD).

Please note that we may want to discuss potential revisions to proposals individually, as to streamline content and investigate opportunities for co-authorship.

Contributions in the following fields are welcomed (but not limited to):